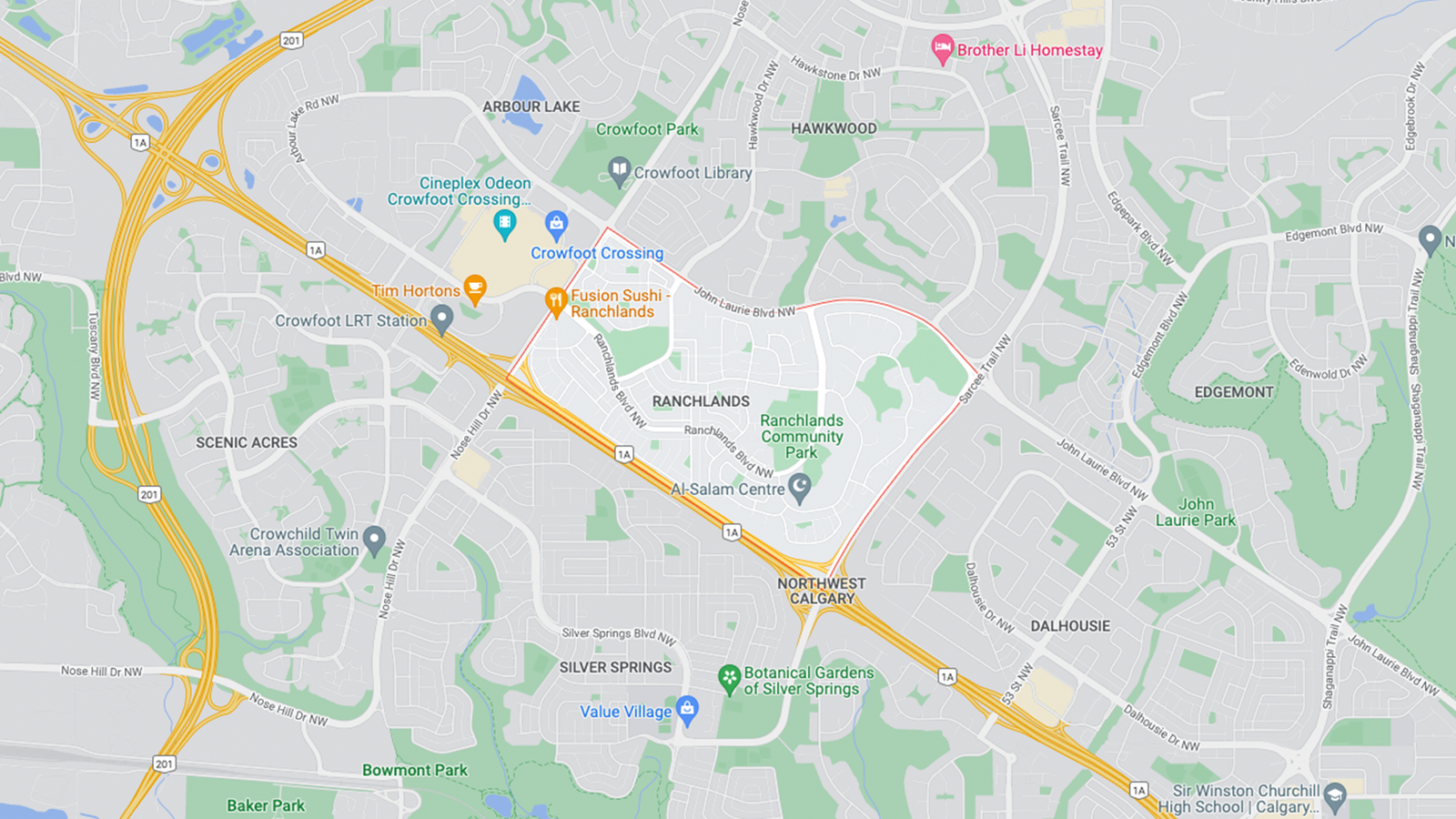 Ranchlands was annexed to the City of Calgary in 1961 and officially established in 1977. It is bounded to the north by John Laurie Boulevard, to the east by Sarcell Trail, to the south by Crowchild Trail, and to the west by Nose Hill Drive.
The community is served by Ranchlands School, North West Islamic School, and Saint Rita School. Ranchlands Community Park is a local hot spot for outdoor recreation, and it also hosts the Ranchlands Tennis Courts and Baseball Diamond. Other outdoor green spaces include Ranchero Park, Ranchlands Off-Leash Park, and the Community Playground.
Ranchlands contains three separate strip malls. Various restaurants, outlets, clinics, gyms, banks and other amenities are found in these plazas. It's close to Crowfoot Crossing, which hosts restaurants, coffee shops, grocery stores, and other retail shops. Melcor YMCA is also nearby.

SEARCH FOR PROPERTIES IN RANCHLANDS (MLS)

Save this search and subscribe to email alerts: Automatically be notified of new listings that match this search!