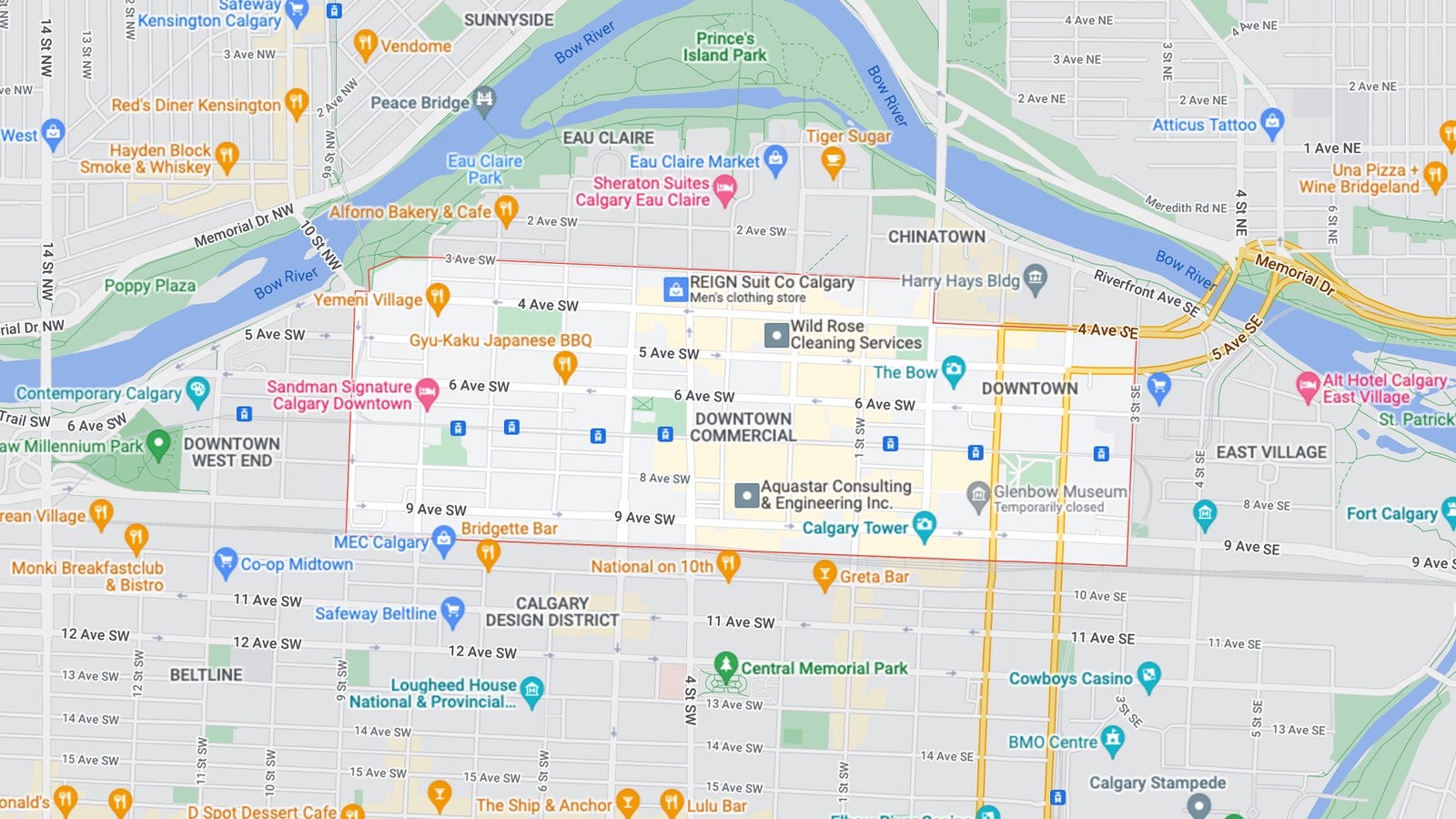 Downtown Calgary (the Core) is not a single neighbourhood but is actually a large community of three neighbourhoods and a number of districts.
Downtown is bordered by 14th Street to the West, 3rd Avenue to the South, Eau Claire to the North, and the Elbow River to the East. As a somewhat suburban city, Calgary’s downtown city skyline is clearly recognizable against the horizon from nearly anywhere in the city.
You’ll find a wide range of residential and commercial buildings located within the West End, the Commercial Core, and the East Village. For those residents that live and work downtown, there is no shortage of amenities. Easy access to public transport and centralized living makes having a car an option instead of a necessity.
Nearby districts of Eau Claire, Chinatown and the Beltline are usually considered part of downtown. As they are all within walking distance, these communities add to the appeal of living in the core supplying even more options for dining, shops and other amenities.
The population of Calgary’s downtown is relatively low compared to other cities with similar condominiums and apartment buildings.
The C-Train (Calgary’s Light Rail Train) runs down 7th Avenue through the middle of downtown, allowing for quick and easy access to and from the Core, shopping, restaurants and the Courts Centre. 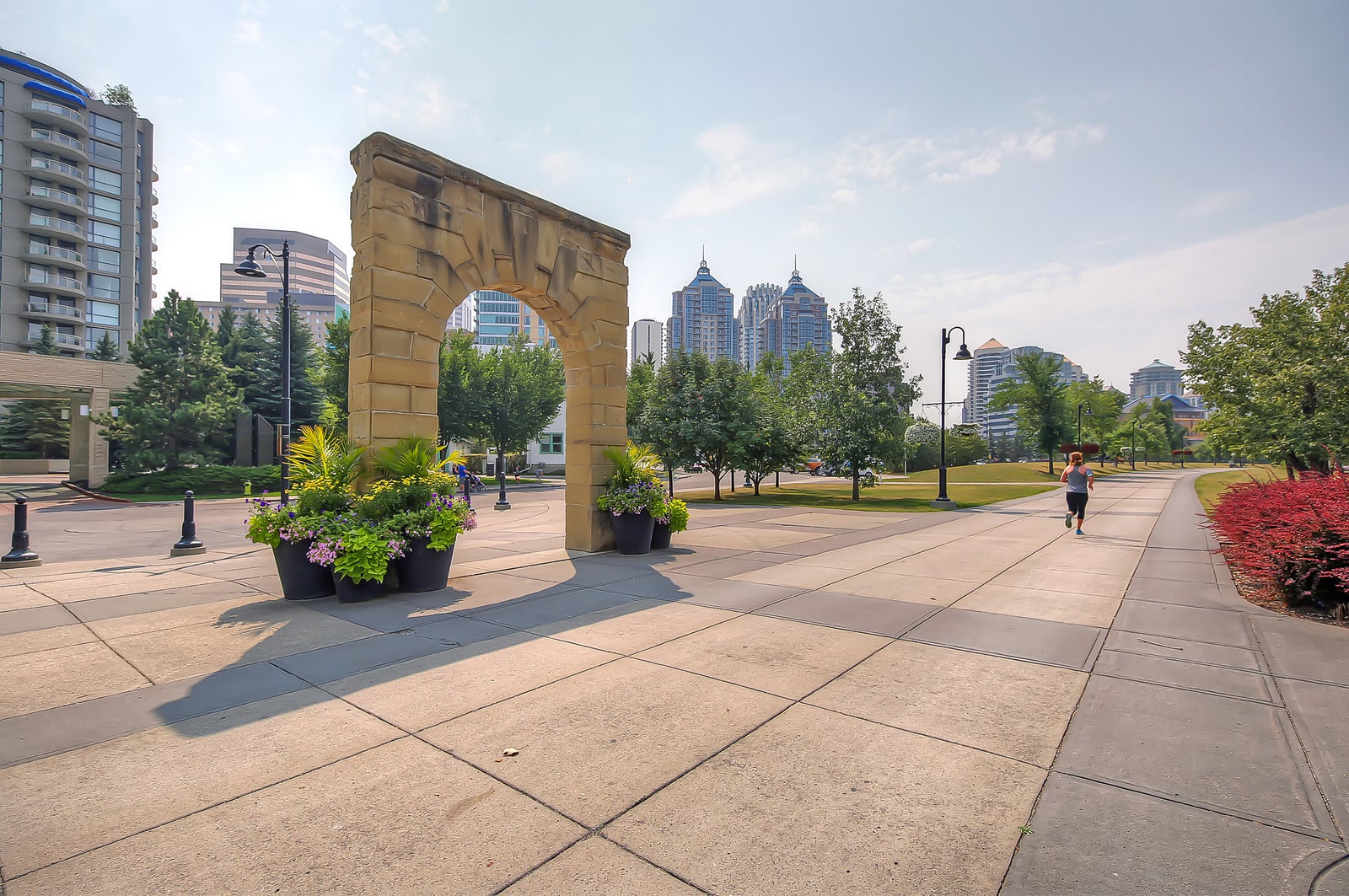 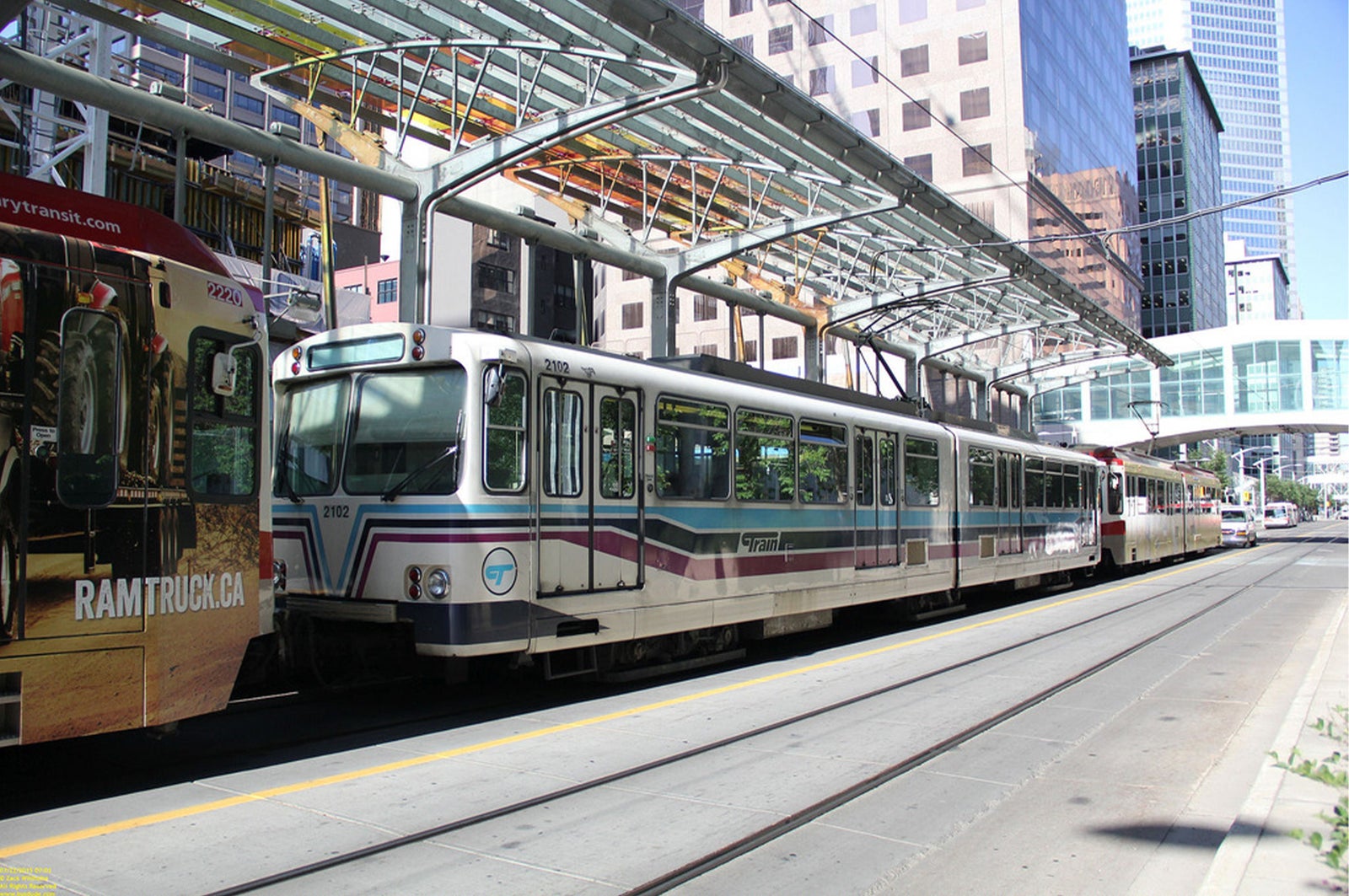 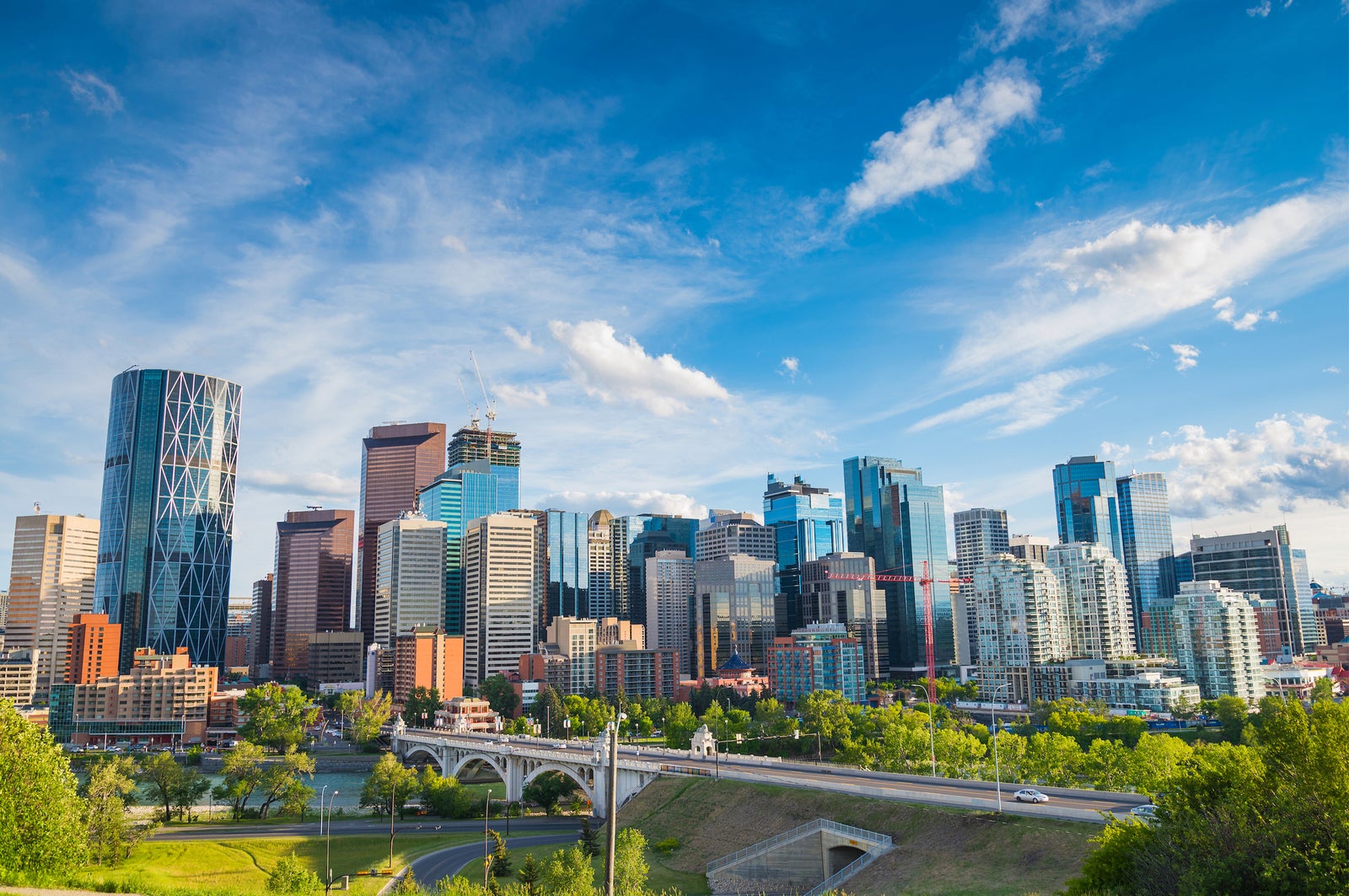 Save this search and subscribe to email alerts: Automatically be notified of new listings that match this search!
Showing 1 to 15 of 45 results