Sales continue to surge as listings rise – Thanks to a surge in new listings, sales activity reached a record high for the month of February with 3,305 sales. The rise in new listings caused adjusted inventories to rise above last months levels. However, with only one month of supply, the market continues to favour the seller.

“Sales have been somewhat restricted by the lack of supply choice in the market. While sellers did respond with a record level of new listings this month, the demand has been so strong that the housing market continues to remain undersupplied causing further price gains,” said CREB® Chief Economist Ann-Marie Lurie.

The total residential benchmark price for the city rose by nearly six per cent over January levels and was over 16 per cent higher than levels recorded last February. Much of the growth has been driven by the detached segment of the market which has not seen conditions this tight in over 15 years.

This is the fourth consecutive month that the market has dealt with conditions that are far tighter than what the city experienced last spring. While the gains in new listings will help provide choice to purchasers and eventually support more balanced conditions, it will take some time to work through the demand in the market.

Detached
For the third consecutive month, the months of supply in the detached sector have remained below one month. The limited supply and persistently strong demand have placed significant upward pressure on prices. As of February, the benchmark price reached $596,400, which is nearly $50,000 higher than prices seen at the end of 2021 and over $90,000 higher than February 2021 prices. Price gains have occurred in every district of the city with year-over-year gains pushing above 20 percent in the North, South and South East districts. 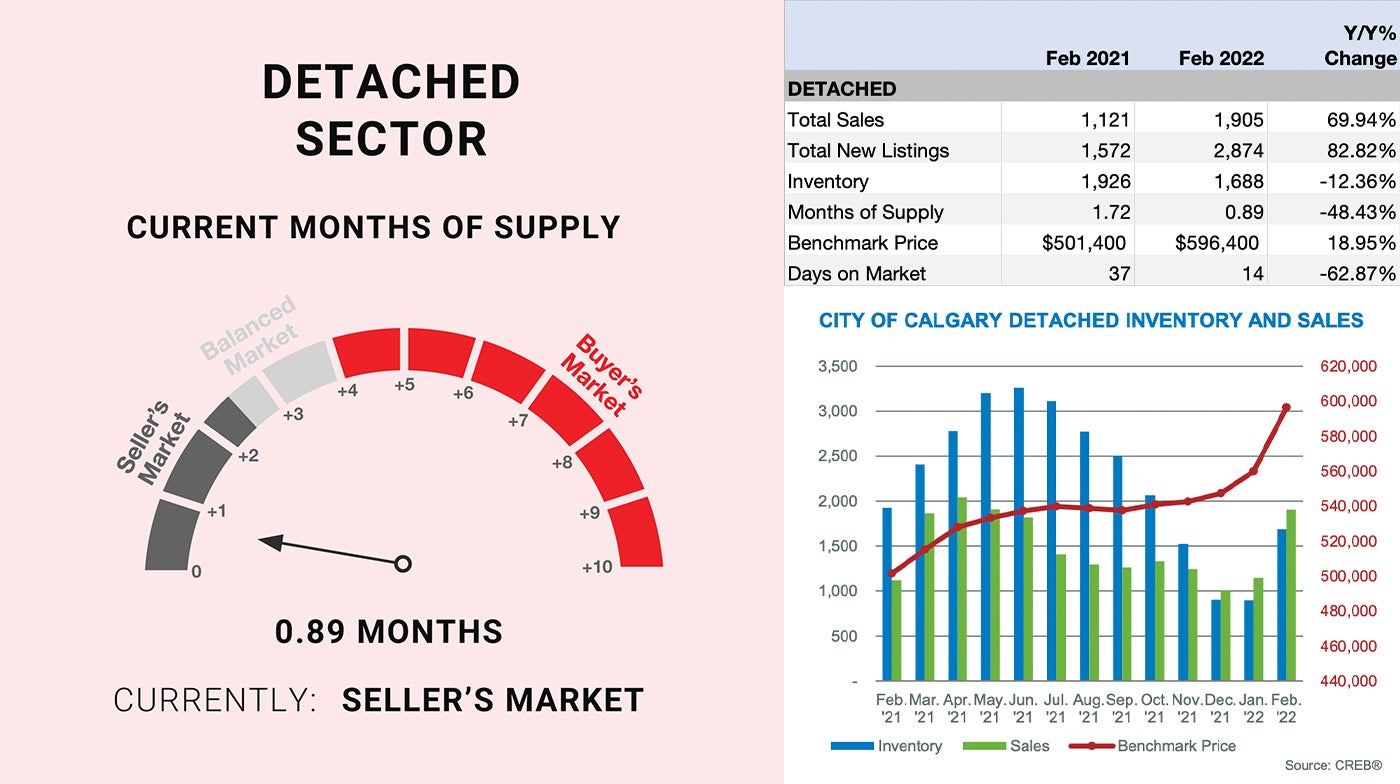 Semi-Detached
The record number of new listings for February was met with record-high February sales, doing little to ease the pressure in this segment of the market. The months of supply dropped to one month, something that has not happened in February since 2006. 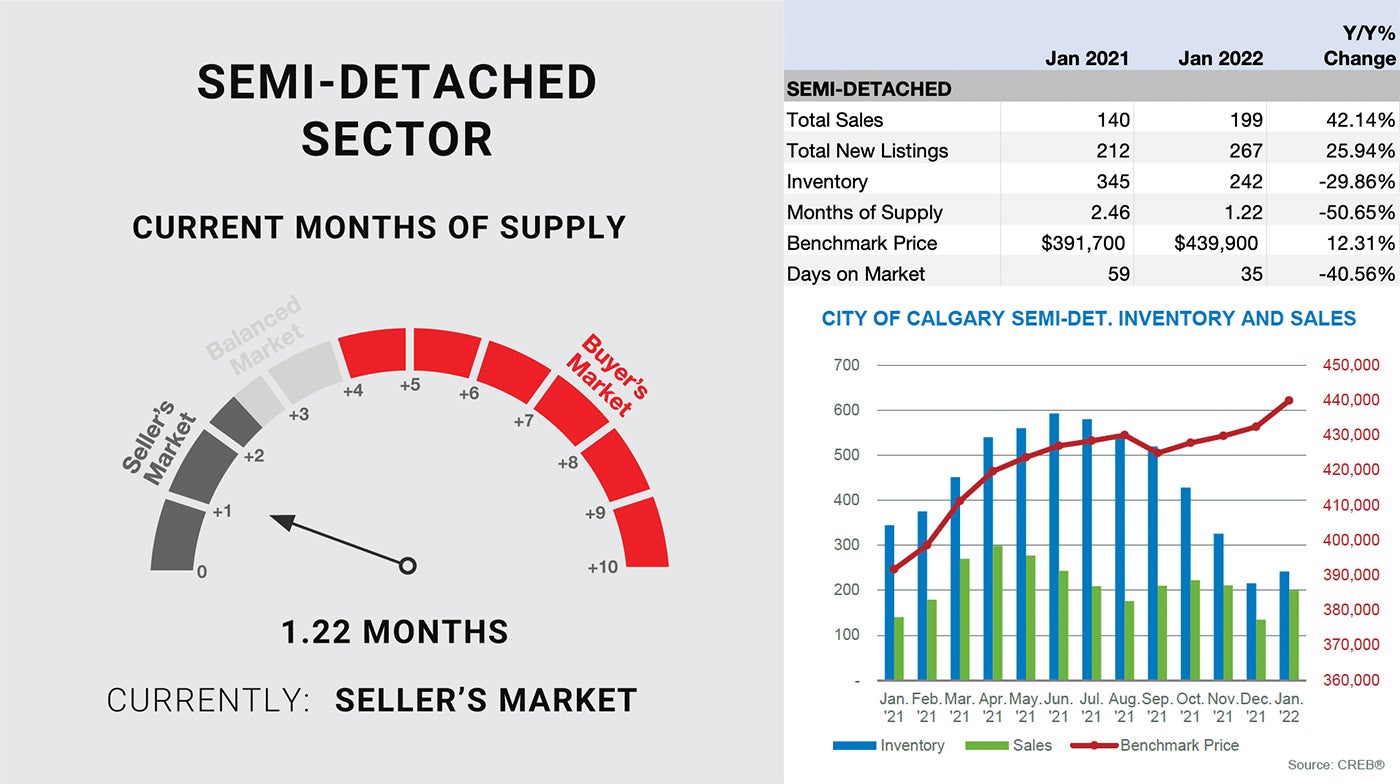 Row/Townhome
Lack of supply choice in competing property types drove many consumers to consider row-style properties. However, following several months of strong sales relative to new listings, inventory levels have also trended down relative to what we traditionally see at this time of year. With 537 sales in February and 535 units in inventory, the months of supply dropped to one month for the first time since early 2007.

The persistent sellers’ market conditions caused steep monthly price gains across most districts of the city. The largest month gains occurred in the North East, North and West end of the city. Despite recent gains, prices remain shy of previous highs in all districts except the West. 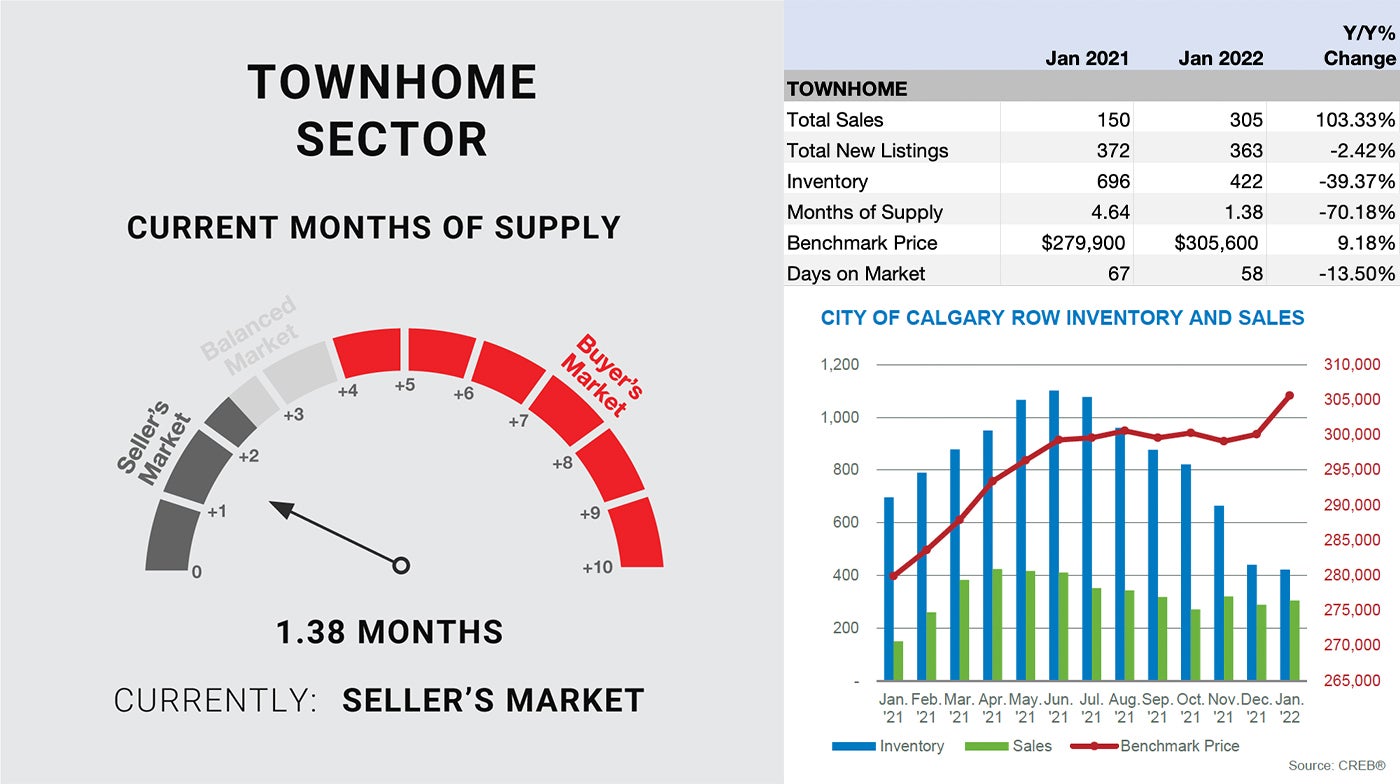 Apartment Condominium
After falling behind other property types, the apartment condominium sector recorded a surge in sales this month, reaching record highs for February. New listings also improved but did little to cause any significant change to inventory levels. The months of supply dipped below two months and was the tightest seen in the apartment condo sector since 2007.

The recent tightness has supported some upward pressure in prices this month. However, price gains are significantly lower than the other property types and prices continue to remain over 14 percent below previous highs. While this segment of the market has not experienced the same supply constraints as other property types, if conditions remain this tight, we could see more substantial shifts toward price recovery. 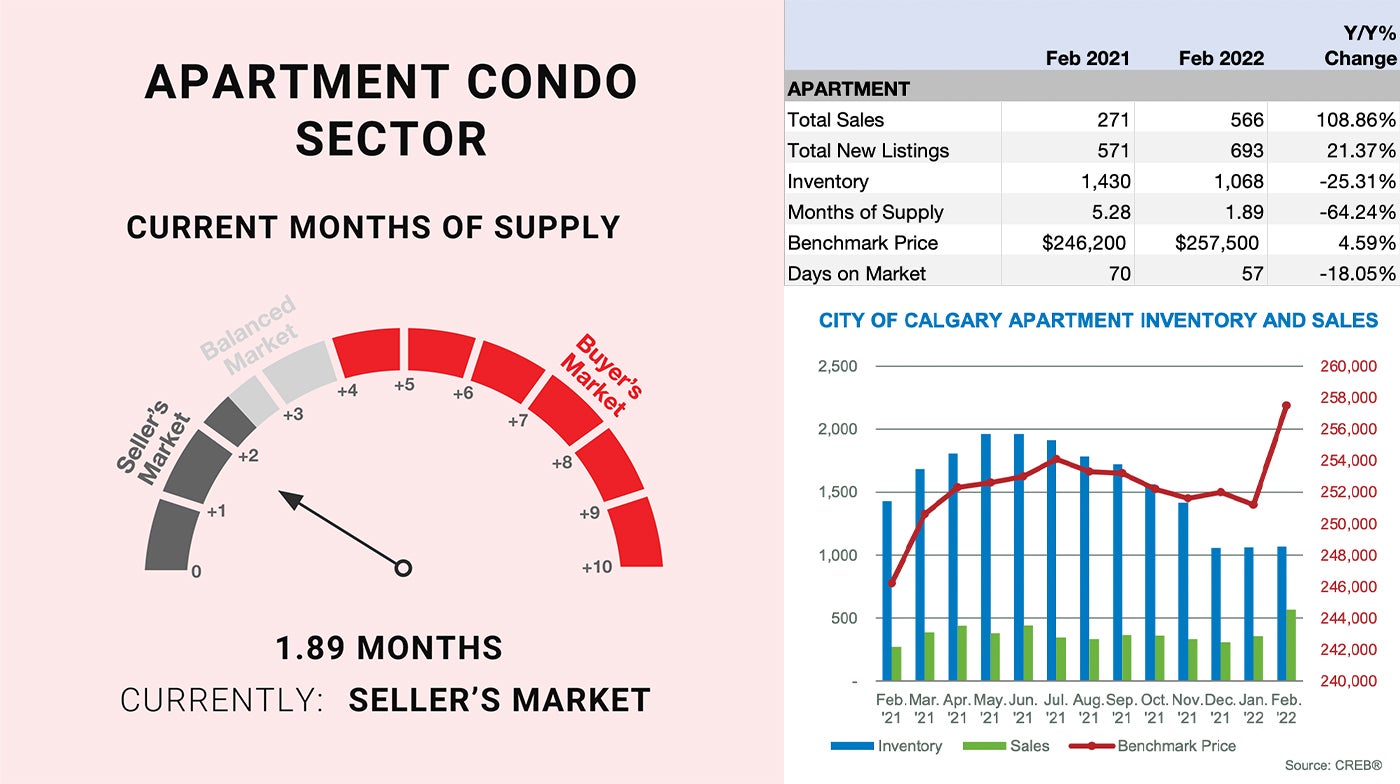