“Concerns over inflation and rising lending rates likely created more urgency with buyers over the past few months. However, as is the case in many other cities, the supply has not kept pace with the demand, causing strong price growth,” said CREB® Chief Economist Ann-Marie Lurie.

We are entering 2022 with some of the tightest conditions seen in over a decade. As of December, inventory levels are nearly 25 per cent lower than long-term averages for the month. This will have an impact on our housing market as we move through 2022. More details on the housing market forecast for 2022 will be released on Jan. 25.

With 17,038 sales in 2021, home sales remained slightly lower than the record high set in 2005. While a new record was not set, sales are still over 40 per cent higher than long-term averages and supply challenges likely prevented stronger sales this year. New listings rose, but it was not enough to offset sales, causing inventories to ease. In the detached sector, average inventory levels were over 23 per cent lower than long-term trends. With only 898 units in inventory in December, we are entering 2022 with the lowest detached inventory on record.

Strong sales relative to inventory levels caused the months of supply to dip below one month, which is tighter than levels recorded in the spring market. Tightening conditions over the past several months once again weighed on prices. The detached benchmark price rose by nearly one per cent compared with last month and is nearly 12 per cent higher than last year’s levels. Overall, the detached sector has recorded the largest annual price gain at nearly 10 per cent, not only recovering from the 2015 annual high, but exceeding it by nearly three per cent. 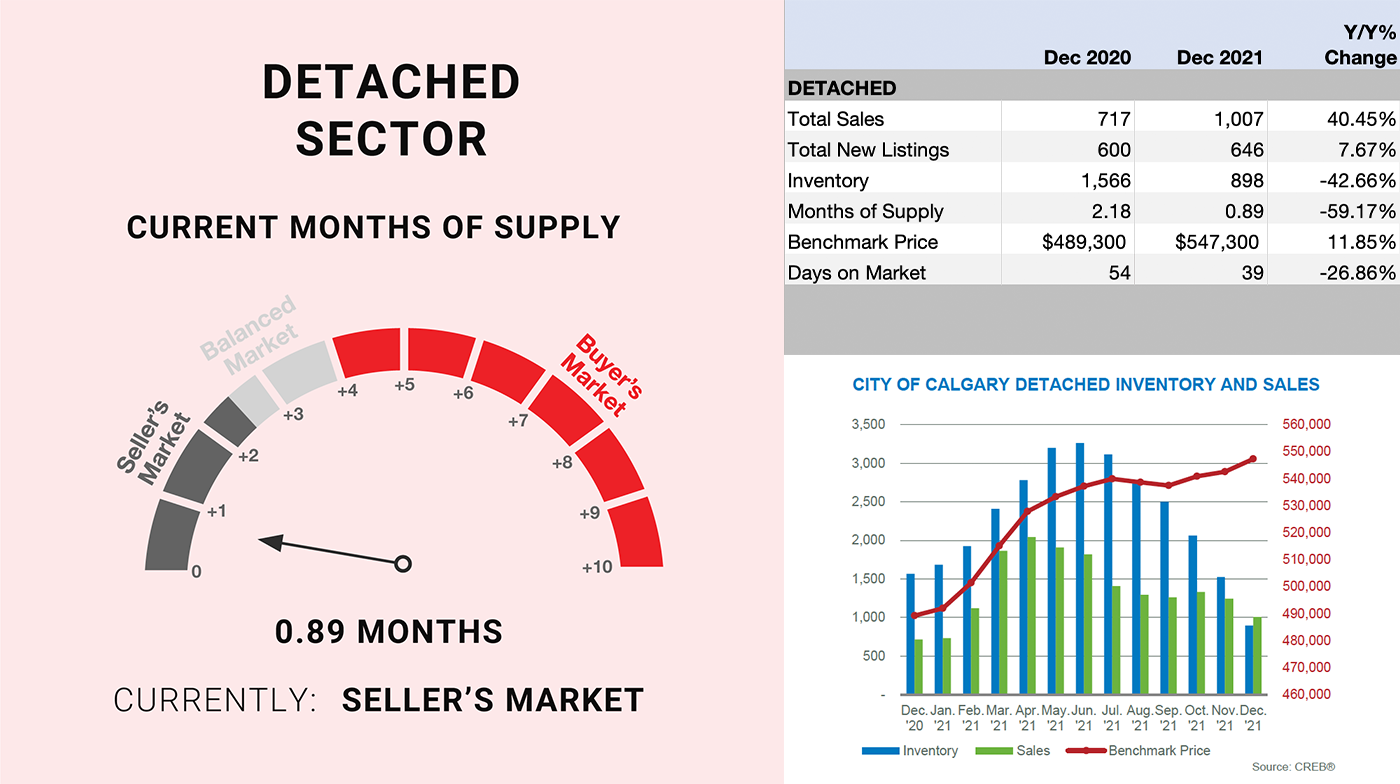 In 2021, there were 2,571 semi-detached sales, an annual gain of 55 per cent and over 47 per cent higher than longer-term trends. Relative affordability and less supply choice in the detached sector caused many to consider semi-detached properties. However, like other property types, semi-detached sales growth outpaced new-listings growth, especially at the end of the year, causing significant declines in inventory levels and the months of supply, which has remained below two for the past three months.

Tight conditions have caused further price growth, as December prices were nearly 10 per cent higher than last year. Overall, on an annual basis, semi-detached home prices improved by eight per cent, reaching a new record high. However, prices have not recovered across all districts, as the City Centre, North East and South districts have not seen full price recovery. 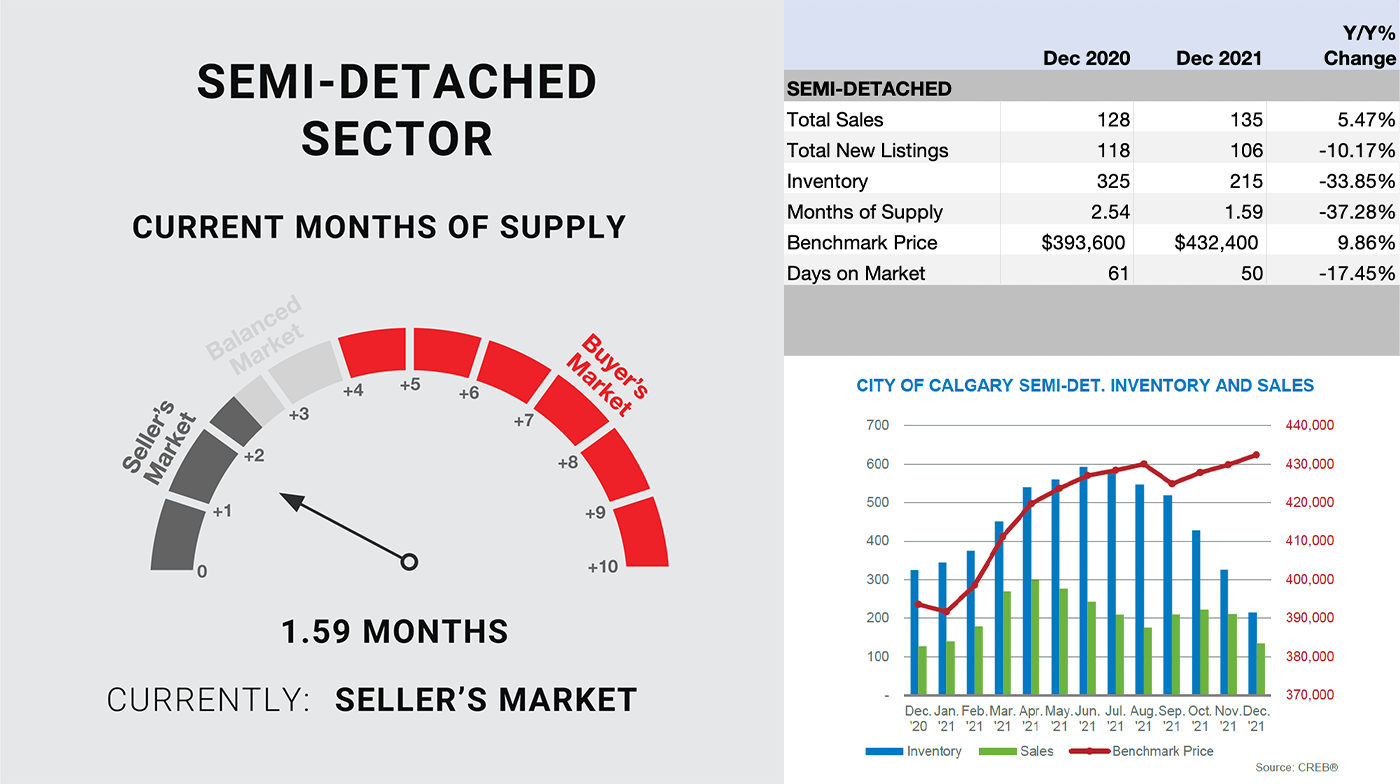 Over the past few months, row properties have increased in popularity, reporting strong sales growth that has outpaced the growth in new listings. This has created much tighter conditions and is supporting stronger price growth.

Inventories were not as much of a challenge earlier in the year, so the pace of price growth was not as high as the growth seen among some of the other property types during that time. However, benchmark prices rose by six per cent on an annual basis, supporting some price recovery. Despite the gains, prices remain nearly nine per cent lower than the previous high. 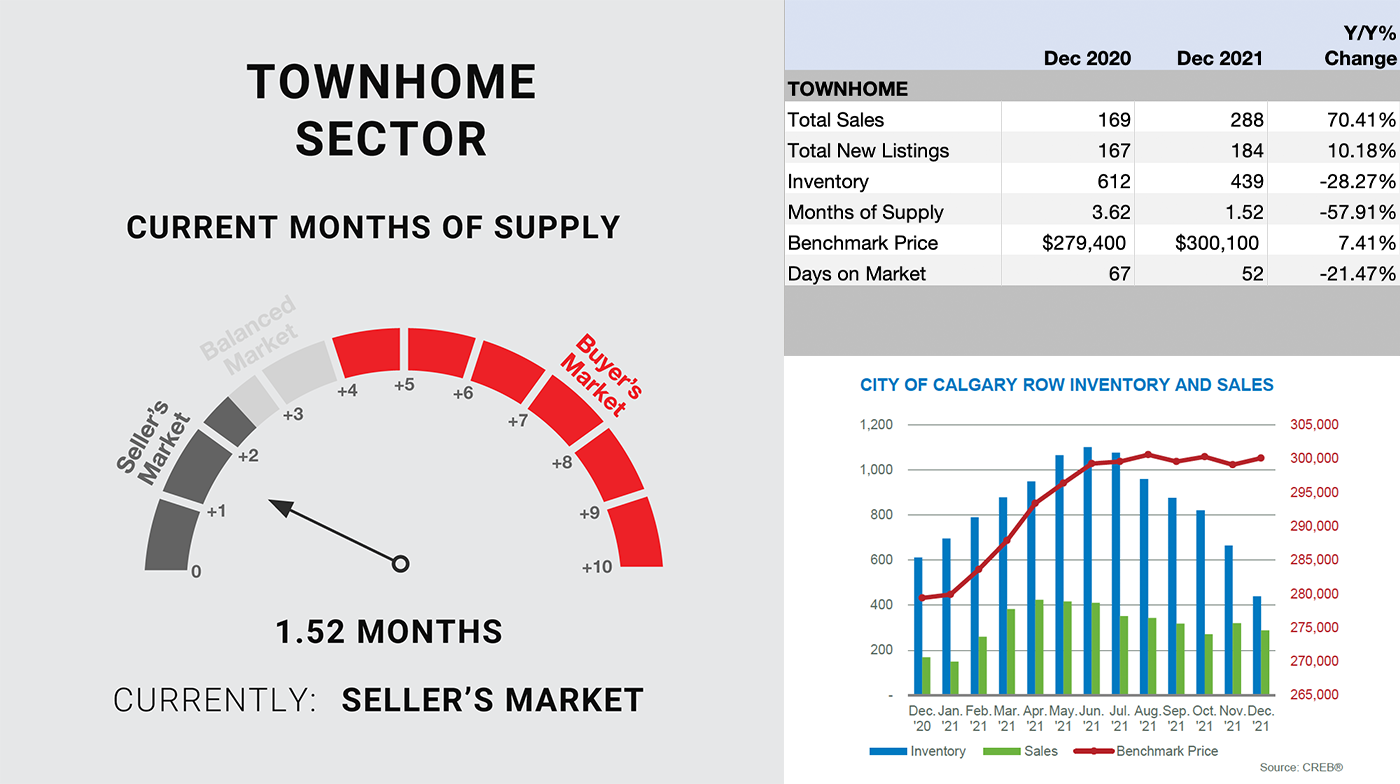 Record sales in December were not enough to support annual record-high sales for this property type. Unlike the other property types, the apartment condominium sector has not experienced many supply challenges, as inventories this year generally remained above historical levels. However, the growth in sales was enough to help shift the market from one that favoured the buyer to one that was relatively balanced.

The balanced conditions did support modest annual price growth of just over two per cent. Each district saw some improvement in price this year, varying from less than one per cent growth in the City Centre to over six per cent growth in the West district. Despite these price gains, prices are still recovering across all districts and citywide prices remain 14 per cent lower than previous highs recorded in 2014. 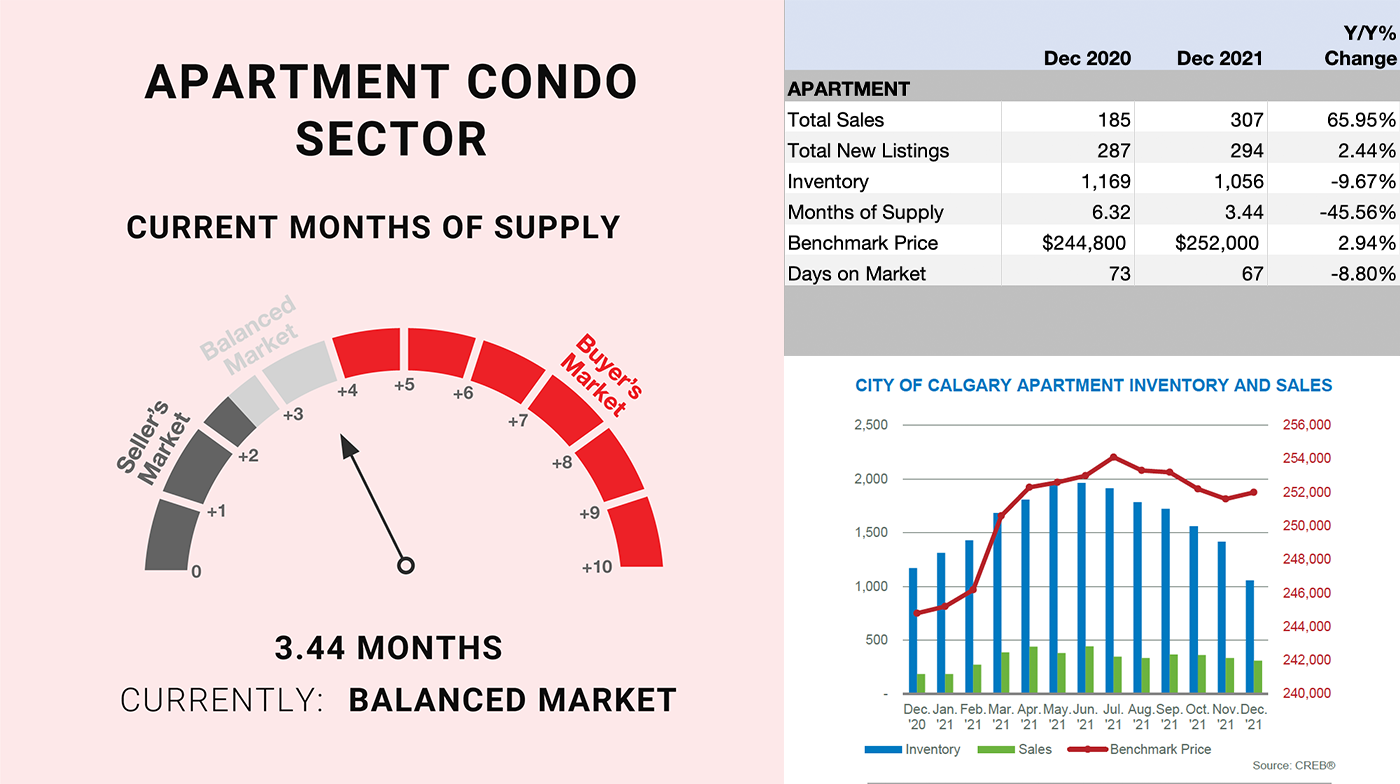