CREB, October 2021 - The persistent challenges caused by the pandemic continue to weigh on economic activity. However, the housing market remains resilient. The pace of growth and level of sales have eased from the record highs seen in the second quarter, but with 6,628 sales, this was the best third quarter since 2014.
Much of the demand growth continues to be driven by the low-lending-rate environment and increased savings among those whose incomes were not impacted by COVID-19 shutdowns. At the same time, supply levels have struggled to keep pace with demand, especially in the second quarter, which likely prevented stronger sales in the spring and supported some of the continued growth in housing demand into the third quarter.
The number of new listings coming onto the market has increased compared to last year, preventing a larger decline in supply levels. This has helped the housing market shift away from the strong sellers’ market conditions seen in the second quarter and toward more balanced conditions.
The housing market still favoured the seller in the third quarter, but better supply-demand balances helped take some of the pressure off home prices. In Calgary, the residential benchmark price rose by one per cent over the previous quarter and sits over nine per cent higher than prices recorded in the third quarter of last year.
Within the city of Calgary, we are seeing undersupplied markets in many of the districts outside of the City Centre, resulting in double-digit price gains. This is driven mostly by the detached and semi-detached sectors, as conditions in the apartment condominium sector are relatively balanced across all districts.

The fourth wave of COVID-19 is causing concerns regarding the economic recovery in the province, but other factors are supporting some optimism for Alberta’s economic outlook. The improvements in both oil and natural gas prices have helped support some recovery in the energy sector. While most of the improvement is driven by production gains rather than investment growth, this shift is supporting some modest gains in employment.

Fuelled by low lending rates, the boost in housing market activity is also contributing to gains in the economy. In addition to the growth in the resale side of the market, there have been significant gains in the new-home sector, where housing starts are up by more than 70 per cent in Calgary alone. This has contributed to employment growth in not only the finance, insurance and real estate sectors, but also the construction industry.
Some sectors are still reporting employment levels that are lower than before the pandemic, but the city has recorded gains in employment and steady declines in the unemployment rate. Unemployment is still higher than pre-pandemic levels, but conditions today are far better than original expectations.

While economic conditions are showing signs of improvement, migration and population gains remain relatively weak. In the second quarter, population growth slowed to less than one per cent, thanks to more people leaving the province than moving here. International migration did improve, but it was not enough to offset the declines stemming from interprovincial migration. The majority of people leaving the province went to B.C., followed by Atlantic Canada. 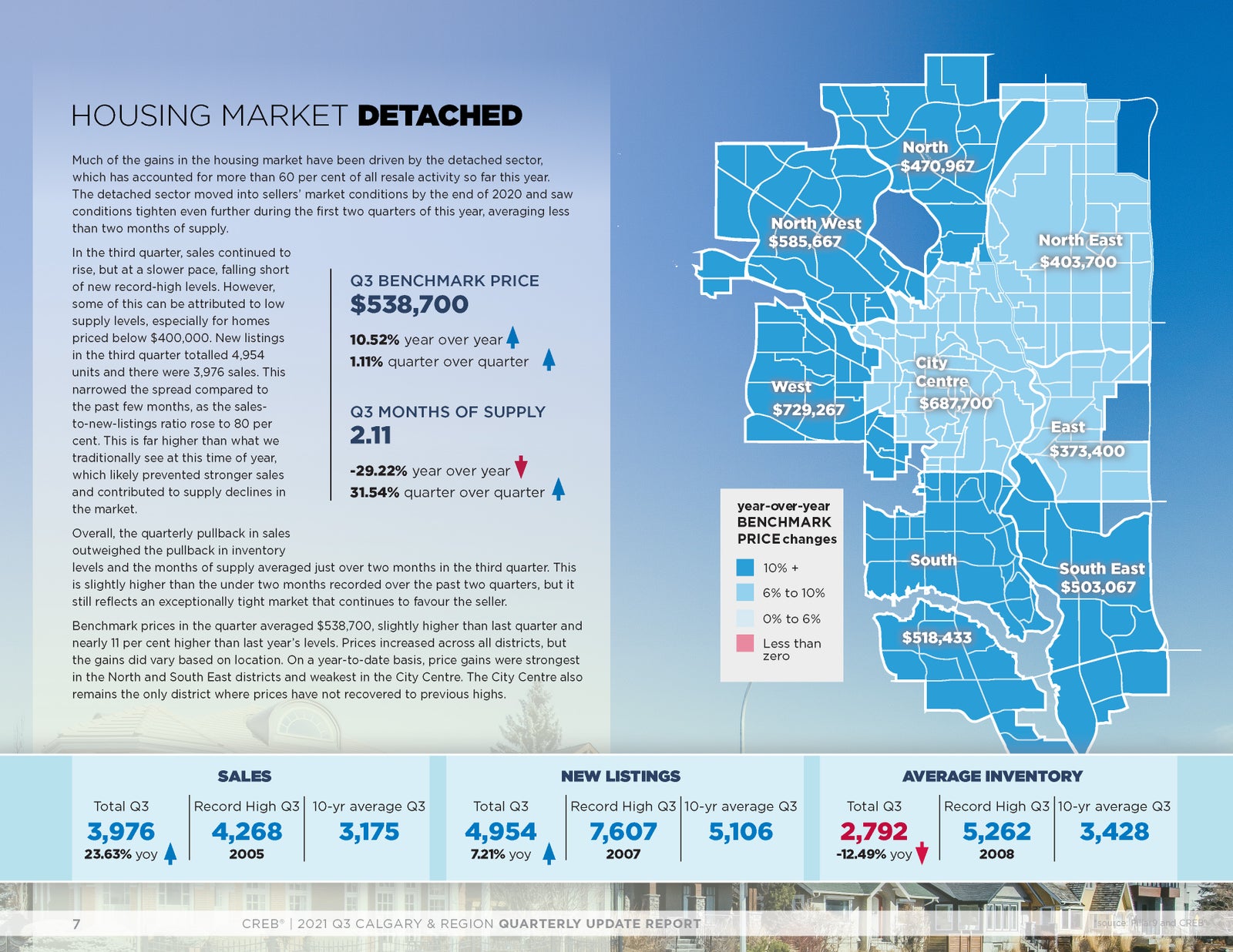 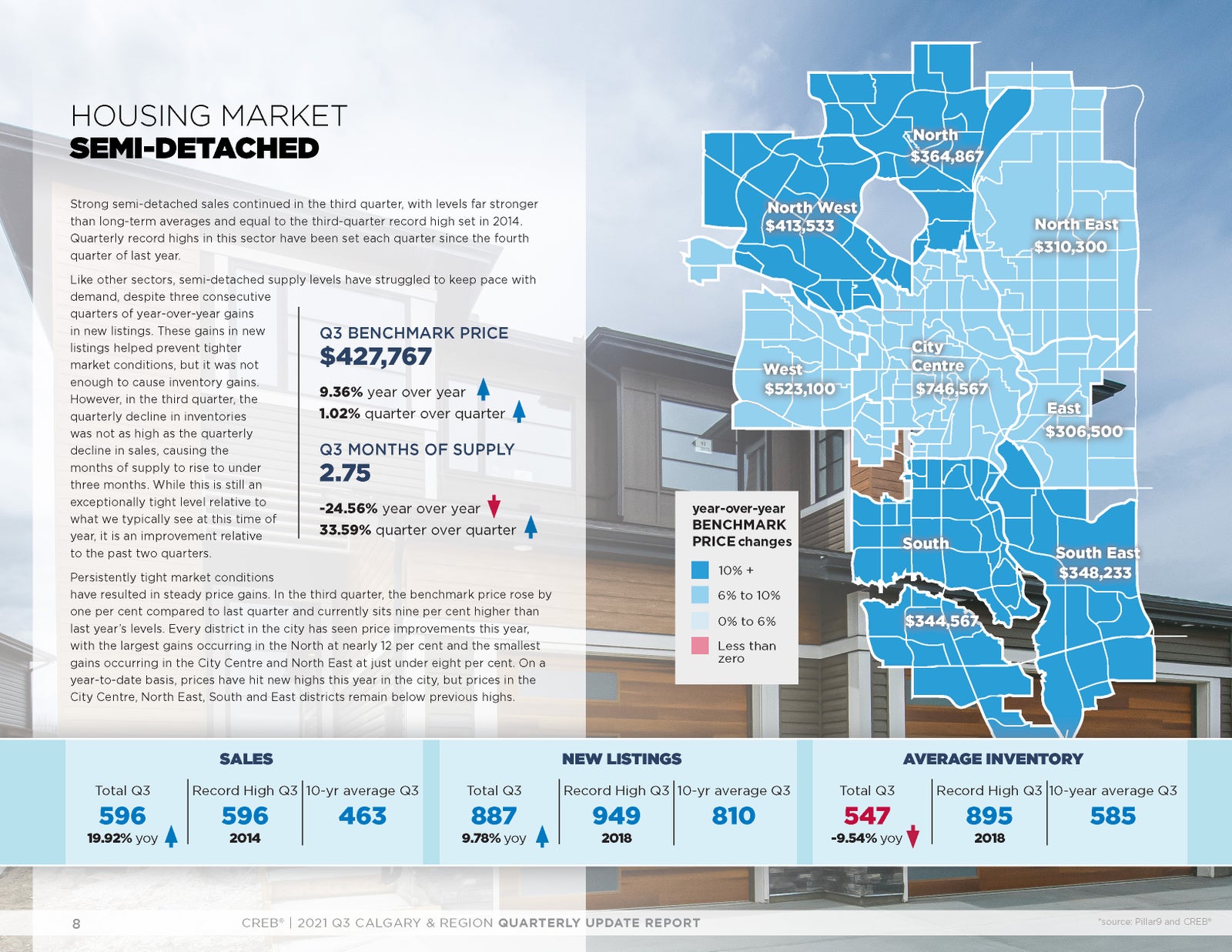 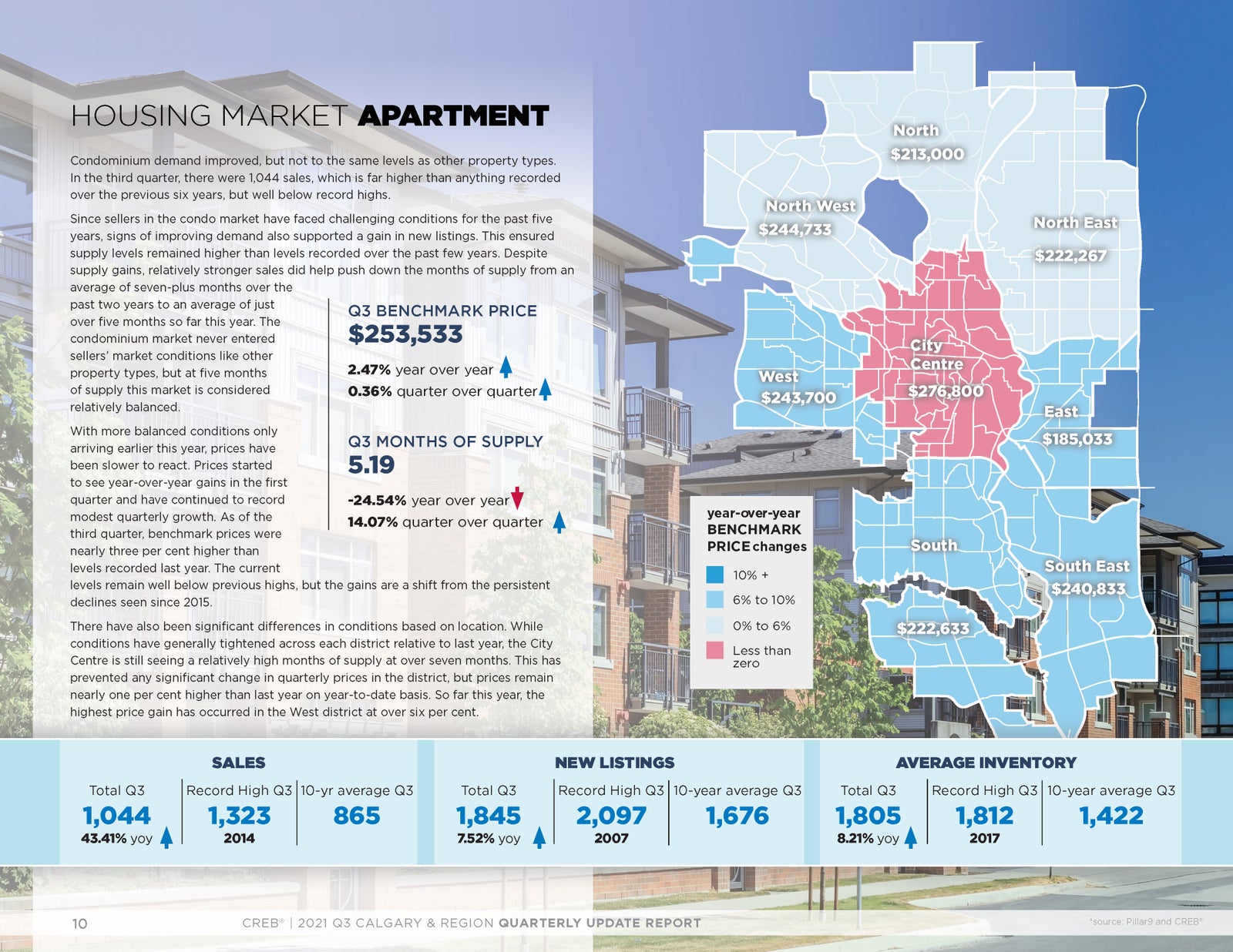 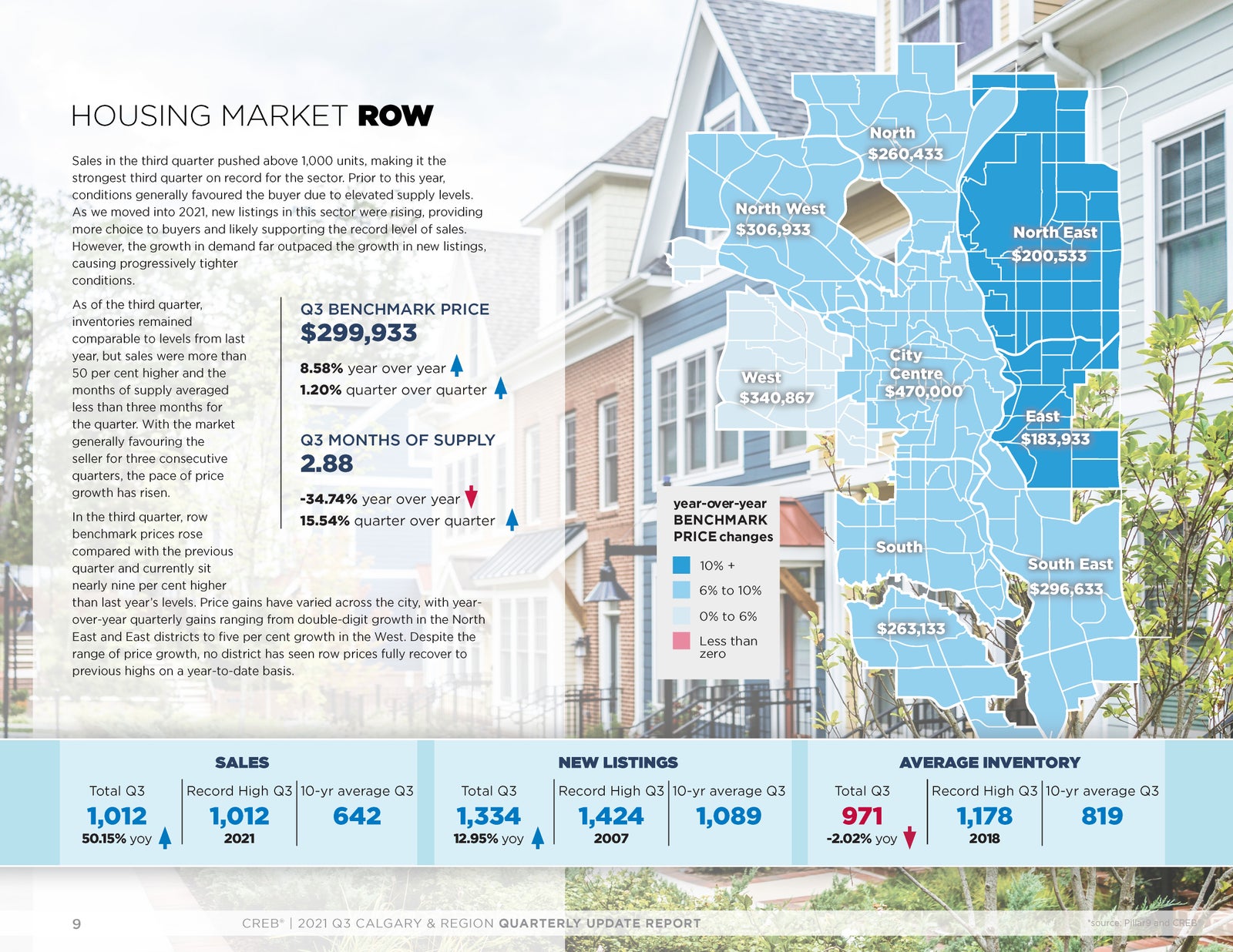