With gains in every price range, residential sales activity in February totalled 1,836. This reflects the best February since 2014. “Despite continued COVID-19 restrictions, housing activity continues to improve. Much of the strong sales activity is expected to be driven by exceptionally low mortgage rates,” said CREB® chief economist Ann-Marie Lurie. “Confidence is also likely improving as vaccine rollouts are underway. Additionally, some of the worst fears concerning the energy sector are easing with recent gains in energy prices.”

New listings also improved in February, but the gap between new listings and sales narrowed. This is causing the sales-to-new-listings ratio to rise to 65 per cent, keeping the months of supply well below three months.

Conditions are far tighter in the detached sector of the market, especially for product priced below $600,000, where strong sellers’ market conditions are present with less than two months of supply.

The market has faced relatively low inventory levels compared to sales for the past several months and prices continue to trend up. In February, the residential benchmark price rose over the previous month and currently sits four per cent above last years’ levels.

Detached product has the lowest months of supply and is also exhibiting the most significant gains in prices. On the opposite end of the spectrum, the apartment condominium segment still has a relatively high level of inventory compared to sales, which is impacting price recovery for this property type.

DETACHED - Detached sales improved across every price range this month, but the lack of choice in the lower price ranges likely placed limits on the gains in sales.
New listings did rise, but it was not enough to prevent further tightening in the market, as the sales-to-new-listings ratio rose to 71 per cent and the months of supply fell to under two months. This is the lowest months of supply recorded in February since 2007.
Tighter market conditions occurred across all price ranges, but properties priced below $600,000 saw the months of supply fall to just above one month. These conditions are supporting significant price gains in the detached sector, which recorded a February benchmark price of $502,500. This is nearly two per cent higher than last month and five per cent higher than last year.
It is also the first time since 2018 detached prices have risen above $500,000, and currently sits under five per cent below previous highs recorded in 2014.
Prices increased compared to last month and last year in every district of the city. However, the magnitude of those increases varied, with the largest year-over-year gains occurring in the South East district at nine per cent, and the lowest gains occurring in the City Centre at under two per cent.

SEMI-DETACHED - Semi-detached sales in February recorded significant gains, pushing sales activity to the highest February levels seen in nearly 13 years. However, like the detached sector, the improvements in new listings were not enough to offset sales, ensuring this sector continues to favour the seller.
With lower levels of supply relative to sales, benchmark prices improved over both last year and last month. However, this was not consistent across all districts.
The West district continues to see prices that remain over two per cent lower than last year’s levels. The strongest year-over-year price gains were reported in the South East and North districts.

ROW - Despite a significant increase in new listings, improving sales offset the gains and the months of supply fell to three months.
Conditions for row properties are not as tight as what we have seen in both the detached and semi-detached sectors. However, they do reflect an improvement relative to the oversupplied conditions recorded last year. However, when considering activity by price range, pockets of oversupply persist in this market.
Citywide reductions in inventory relative to sales supported some price improvements in this segment. The benchmark price trended up from last month and currently sits just over one per cent higher than last year’s levels. Year-over-year gains did not occur across all districts, as prices remain lower than last year’s levels in the North, North West, South and South East districts.

APARTMENT CONDOMINIUM - Driven by product priced mostly under $300,000, apartment condominium sales improved to best February levels recorded over the past six years.
However, the gain in sales was not enough to cause any significant changes in inventory levels. February inventory remained elevated compared to levels we typically see at this time of year.
While the months of supply has trended down in this sector, it remains above five months. This is preventing the same type of price recovery seen in other sectors. On a year-to-date basis, the benchmark price remains similar to levels recorded last year. 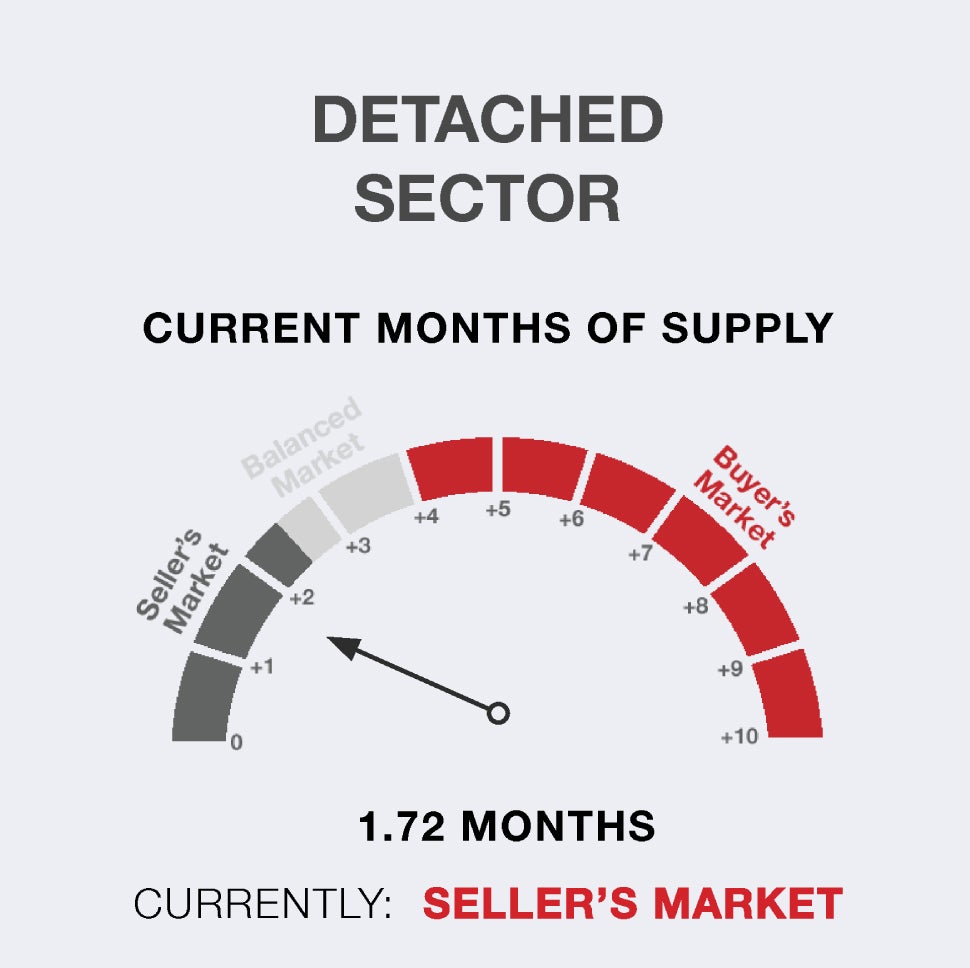 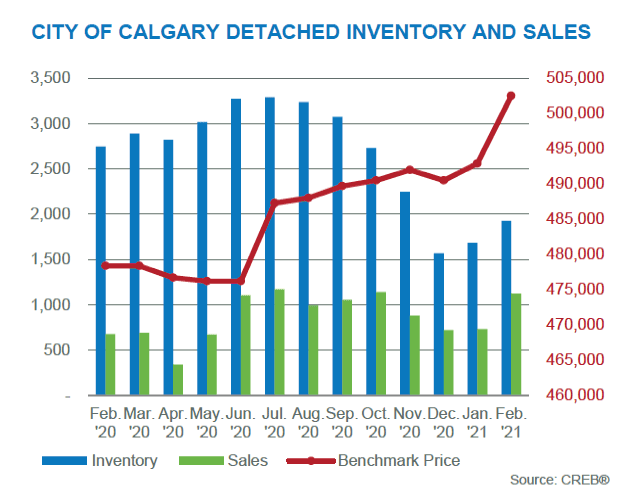 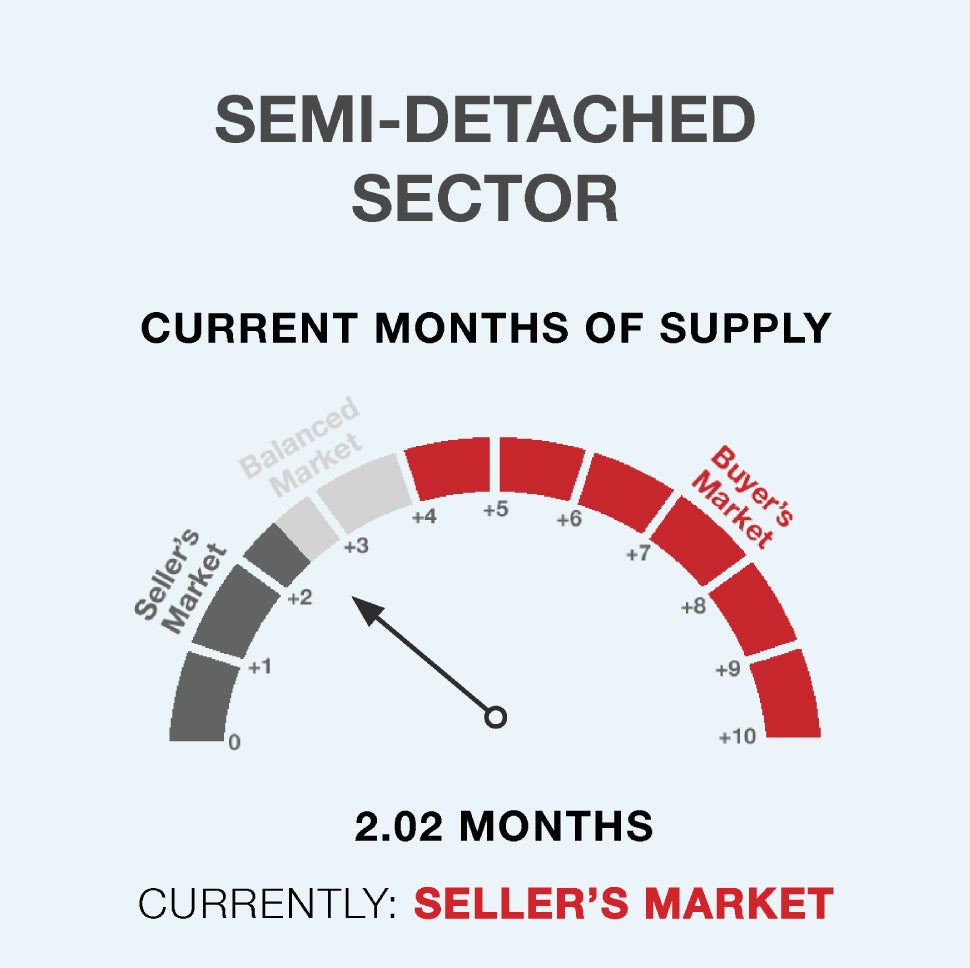 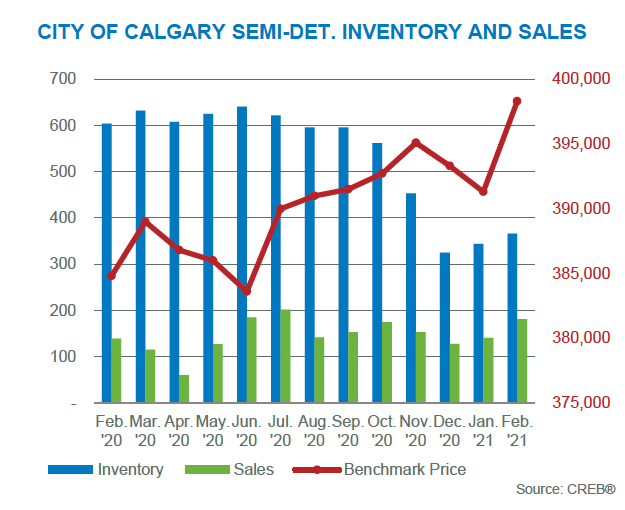 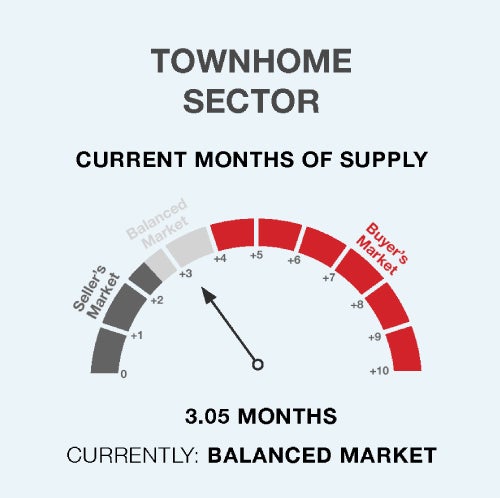 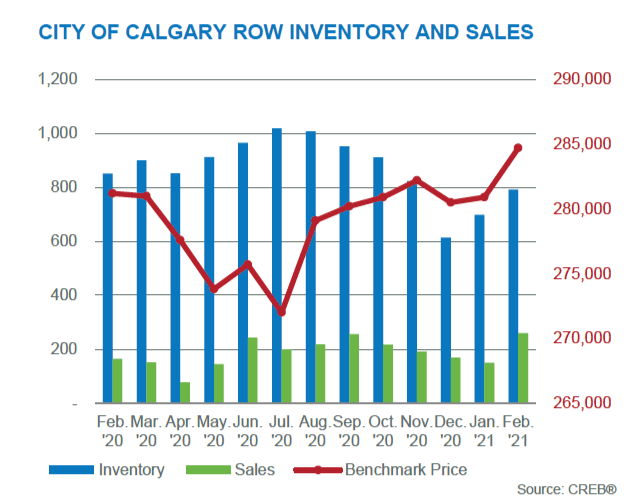 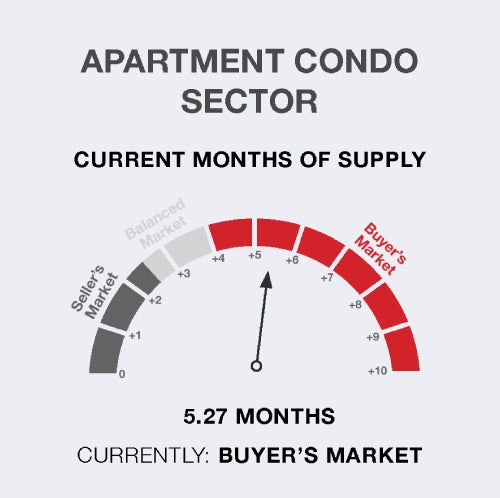 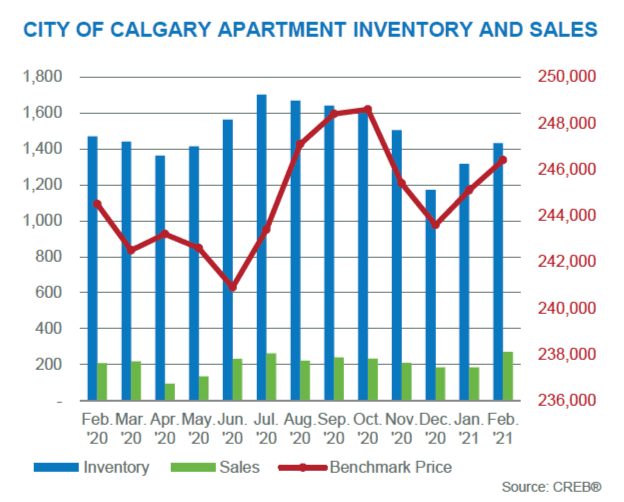